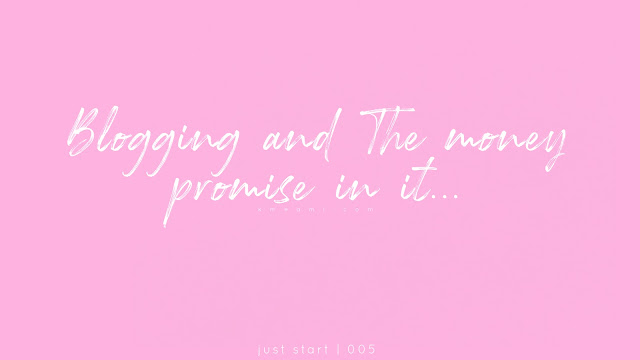 So for this post...I want to talk about three things...blogging related.

First off. What I mean by bloggers numbers is...basically there’s certain posts or ‘pins’, that I may read on other blogger sites where they make claims of how much they make with blogging. Many going full time, even. Which, I’m not here to dispute, but I do have my concerns because . even though I know being an entrepreneur is tough...the idea of blogging being that lucrative is...I don’t know . To be honest.

Apart of me feels it. It’s obviously a source of entertainment that people like to ‘toll’ if you will. Aka ads and what not. And I don’t see anything wrong with that. But the climb to actually get there; Especially so early in the game, plays with your head as a person just starting out.

For example, a good chunk of the claims for income made from blogging is in the thousands. And this is where the ‘poor mentality’ comes in. I want to be a blogger. I think it’s great. It’s so..therapeutic almost. But the idea of making that much money in such a small amount of time is a smidge overwhelming. I’m kinna insecure about this, so bare with me. But you know how so many people become YouTuber’s or ‘influencers’ in general because they know what they can make and what kind of lifestyle they can have with doing it... apart of me is just like..what am I going to do with that kind of money. And is that even something I can achieve. To a lot of people, 1,000- 13,000 a month is not a lot. But for someone who’s never had that kind of money nor anything truly..to really do with it. I’m not sure how to feel about it. For the most part, I don’t plan on spending frivolously on anything. I’ve always been that way. And I don’t want to live in the mentality of ‘I can spend because I got it’ nor ‘I can’t spend because it won’t last’. Which the latter I deal with so much.

In the end of July of 2018, I made a goal to make 50,000 dollars in 2 years. It’s lofty I know. This was a manifestation I was trying to do. Listening to so many people and reading about affirmations and things at that time. I was set for a minute but ...I um... wasn’t consistent. But the goal is still very much alive and fresh. Plus. I’ve been learning a lot more about money, budgeting, investing, etc. so it’s not a bad thing to me. And I do genuinely want to strive for something like that simply because I have very specific life goals that unfortunately include having a traveling income. So it’s very real but ...seriously how.

This brings me to my third concern. I’ve never been a person on the internet to offer my two cents so readily. With this blog..it’s helping me more. But for blogging..it must be done. To reach anyone who would want to read anything I post, I have to actively search for and promote to them. I also value being minimal in internet consumption and subscriptions as well...but marketing doesn’t exactly work that way. Trying to get my posts out to build my own little community is...difficult.

Just recently I had the ‘pleasure’ of trying a Facebook group thing where everyone collectively ‘endorse’ each other’s content. As being a leech online in your business is distasteful but this group was so very finicky and extreme . Kinna pissed me off a little bit. Not gonna lie. I was actually trying to try. But I failed..I guess. To me the ‘rules’ weren’t explained that great . Not to mention, being new to the group is not exactly easy either. If you didn’t participate in past ‘go arounds’...even before you joined...you can’t join others.

So even with my efforts and trying my best to follow the rules, my post gets deleted; which..totally fine. I don’t have a problem with that. My problem lies in..now being a ‘rule breaker’ is attributed to me and you’re not given a chance to rectify the issue. That’s whats upsetting me off. Then as I’m scrolling through other posts . If the needs of the group owner aren’t met..she talks to you in almost a very condescending way. It’s very off-putting. And I’m sure many may say, you could just dm..maybe. I don’t know. Perhaps I can try again but...the distaste is already there. I see the value and need for the rules but something about the entire group and what it does, doesn’t completely sit right with me. A lot of bloggers do this but...it’s just so odd. Maybe its just me. Sometimes I do wish it was easier but...where’s the fun in that.