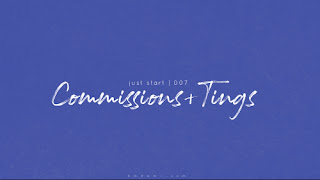 As I have come to start going with the flow. I have ventured into a few different things.

First . I remembered watching a Gary V. video and he talked about simply doing stuff for free...as much as you can. So I’ve started a quest to find more projects to do for others that are free...besides building my portfolio anyway. And I came across a nice opportunity to design a t-shirt for a company that feeds children snacks across a few different states for the sake of children being less hungry and more creatively active. It’s called SP4Kids . As soon as I saw the listing, I immediately started drawing and came up with this.

I needed the logo and the phrase to be able to submit and for the most part. I genuinely enjoyed it. I was easily able to come up with a concept, using different types of tattoos to lead the way {tattoos being a good inspiration because they’re smaller versions of what could potentially be a really nice large piece of art.}

I made it as a finalist but due to me not having a lot of voters on my side, I didn’t get picked as the winner, which was fine. The experience was good enough for me and I learned that...if I wanted, making T-shirt’s or...’merch’.. could be in my future. Who knows.

Another thing that happened a while back like this was someone dm’ed me about creating a stencil for their art projects. Being as though I am a paper cutting novice . Good enough to create something decent but not that good to be anyone’s personal paper cutter..anywho, the overall experience helped me to figure out a system for commission orders. While I don’t think i’ll be doing them in the traditional way {as someone telling me what they want}, I don’t mind doing custom orders with me just changing minor details. It could be nice. This deal didn’t actually come to fruition, it was interesting being in that mode. I think a lot about it, often; as a person who is in business. Women being more passive in it than others. And I decided long ago that I wasn’t going to be that way. It is a little difficult at times, I tend to be more ‘understanding’...which is the problem but it’s definitely getting better. My motto is ‘you either do or don’t’ , simple as that. No one goes into a Gucci store and demands lower prices...you either shop there or you do not. So that was fun.

Some advice I attained in my journey of building my audience is being more involved in up and coming events...the things people are talking about. Which...I can see being quite lucrative . I also see many artists I follow doing this as well. It creates a domino effect of people interested in those things seeing that you are too...but on a different level and thus checking your stuff out. Kinna nice. So I plan to invest more time into that. As far as social media however...

Meh. Part 8’s coming soon so...you’ll get a total and complete update then.