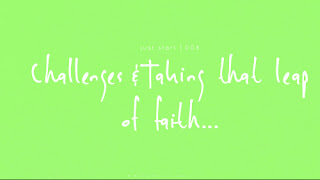 I’ve been wanting to make this post for a long time now. I basically want to just reevaluate everything to its very simplest form and come back a month later to see what happened. That is what this series is going to become.

I have found what I am going to be doing and wrote down things I want to do. Now it’s time for me to simply keep going and stick to the system.

Thus far I have made the site decent enough on both mobile and desktops . This is great for making it easy for everyone to come and read for whatever reason. Soon enough I’ll be writing reviews and creating tutorials for people to make art on their own.

The goal is to start creating art pieces for people to ‘flavor’ in their own way and use them, how they wish. As well as create videos showing how these art pieces work.

I haven’t grown much in social media. But I am getting consistent likes and clicks so that’s nice. I'm hoping there's just some silent 2's and fews that will be willing to rock with me enough. you know...my...'there from the beginnings' supporters.

I’ve gotten rid of Facebook...don’t really think I need it for my set demographic. But

Pinterest is nice. Up to 5k views within these 2 months. I do get minor setbacks as far as impressions but my graphics are improving and consistent and I’ve managed to raise a smidge in my overall stats in what I post on the blog.

For now in all this. I want to focus on content. Then eventually jumping back into the pool of engagement.

Inktober was somewhat of a success. I didn’t do it for views or anything like that. I just wanted to build consistency in actual social media stuffs. Gotta stay consistent.

Begin my YouTube channel . I’m experimenting with this mostly. I like the idea of making videos. I’ve been doing slightly okay with making and editing in a decent time frame so...that’s promising .

I created a system of how I’m going to film and how I want the look to be. I also have a nice intro I’m happy with and fixed my YouTube art. Subscribe if you’d like ...to be amongst the first.

Current goals for it :

Fonts. I kinna maybe perhaps, by chance possibly wanna think about making fonts for people? Well not for people but just do it.. 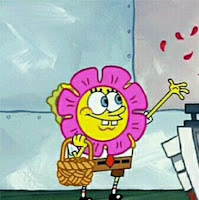 just to see if I can and what will happen with it. I wanna make several actually. To use personally and then see if I can do anything with them.

I kinna sorta wanna make social templates too. It’s a nice pass time and I noticed that many people do these things but no one knows how. Like you know how there’s coupons for things...who makes those? I’ve always wondered that. It’s the same for many paid services of ‘pro’ templates for stuff...how do I ...join this.

GlitterNFrenz . I want to revamp this really  badly. Tbh...I only want to do it because 1. I like the idea of unique photography. I think using my own tools to make some fun photos and videos is..fun. And 2. I just wanna see what’ll happen. You see the pages all the time of people getting all types of Instagram sponsorship's and giveaways and things...I wanna see if me...a broke artist . Can do that . It’s always so unheard of for people like me . So I want to see if I can do it. Whatever the ‘steps’ are. I’m going to take them and see...what happens.

I wanna get commissioned and finish it. Just to fully experience such a thing. If only..just once.

Create a graphic design or piece of art that can be made into a print . And sell one...or a lot. I'm down for that too. I don't mind.

I’m not sure if you noticed yet...but I’m on a hustle grind ....just to see if I can actually do it. I don’t want to do everything but creating ‘assets’ is so grand . Imagine making something once and getting paid for it ...for however long. Is that a bad mentality to have? My mentalities changing, what can I say.. I’m no longer looking at some of my life goals that require monies as ‘it’ll never happen’ I want to look at it as... ‘how can I make this happen’. Especially with the advent of the internet .

So stay tuned.  I have a lot I want to do obviously but I also have stuffs in my life I MUST do over these things so..I’m pacing myself . I’m not looking for a get rich quick scheme but I’m building a brand so. Naturally that involves steps. And money moves.