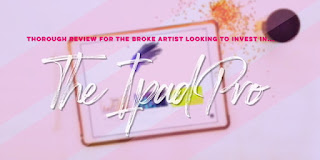 To fit exactly what I envisioned needing for a decent time on one, Here's What I bought? either together or near the initial purchase .: 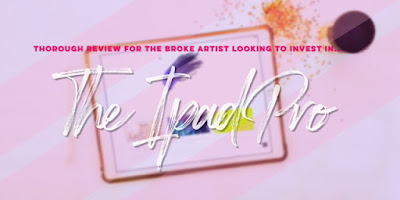 Before buying, I added up the entire cost for everything I was going to want .

Case . Too expensive to risk not having one.

Keyboard . I’m a blogger and I originally wanted to replace sort of...my laptop. It didn’t . More on this later .

Total .: Plus adding a significant amount for any other tax/fees that may apply. This is an important tip btw for anyone looking to purchase items, write it all out, add this and that , then total it up.

As a reference . Here’s my original plan before buying .

In the end, I paid a smidge less because there was a sale on them at the time. I wanted to buy it in person more an than anything because of...stories. I was able attain majority of the money over time. Some of which was already saved from previous jobs. I needed an extra 200 hundred from my end and because my parent's are lovely. About..250 dollars or less was given to 'help me out'.

I originally wanted to make coloring pages and have a business in that . Which I still do but now...my goals are farther . Higher . Extended. Exploring different apps for it...you kinda have a tendency to do that.

Because this was an investment of sorts, before buying, I watched countless reviews of several different arting tablets . And the iPad was the winner for a couple reasons.

There is an obvious difference as far as actually drawing. There isn’t much texture and the screen is very smooth but I like to think of myself as a quick adapter, so this never really bothered me. Nor do I see the need to make my screen less glossy.

Over any other brand . For now...I’d say yes. I’m not a huge advocate for any brand what so ever. If the specs are what I feel I need and I can afford it...I will buy it. the process of elimination is a very thorough one especially for this price and when I’m dead set. it becomes an obsession of sorts.

The IPad . While over-hyped at times is really great and I don’t regret buying it . I do fear the whole Apple slowly but surely deterioration of products ‘stereotype’ . But at the same time.. I’m sure that all things are typically like this anyway so; its not that deep.

I have various apps . As I use the tablet for leisure too and so far so good. My most used would be:

Let’s talk a little about procreate.

While I do consider myself a novice still . I will at least mention some of my favorite features and what I wish they’d add.

Firstly . I can drag and drop from app to app. This isn’t specific to Procreate but its nice to bounce from app to app when there are features in one app that the other do not have..well. Not completely.

For example. If I make a background or ‘element’ for various projects i put into Canva or Over . I can just take a specific layer from procreate and drop it into either app.

Next...
This blog is created by a ‘broke artist’ so when you buy thorough links from this article, I may earn a small commission. Thanks so much for your time either way!

The Apple pencil does not come with the iPad sadly . At the time, mine was 99 dollars plus tax and I bought it together with the tablet.

I bought a compatible keyboard from amazon for a low price . Bluetooth/wireless . And battery powered. Still works today.

Another compatible item I bought from amazon. And works. Haven’t had any trouble with the magnet so that’s a plus.

Yes..Amazon and it works quite nicely . Even with the pen. However, I do feel that maybe...you may need to replace them at certain times. Im unsure if it’s the screen saver or tablet itself. But sometimes the screen can be a bit insensitive . Meaning..not picking up the touches like they should . Which can be annoying. But I haven’t begun to figure out if that’s the case yet. While it is annoying . still works just fine.

I don’t think I need one. But you may want to invest in a screen cleaner ...
-portability

I’ve taken this tablet near and far with no issues. Even just using a Hotspot . Works like any other I spose.

It works great but it will not replace your computer. There are simply many things a computer can do that a tablet cannot. For example, editing . Copy and pasting and using websites aren’t always as fun for me. I still prefer to type out my blog posts and edit them as well as code on a computer rather than the tablet . Saves time and is just overall better in my opinion. And perhaps this is just a ‘me’ problem but. I really prefer smaller sized screen activity . But because the screen is so large . There are many apps and websites that are not compatible with the iPad screen so they are sometimes either very blurry or too large for comfort. For example, the Instagram app is not as compatible to the iPad over say...Pinterest . While you can adjust the screen...it’s not the same.

I do use my tablet to make videos. And I like quality . It’s not bad , pretty convenient aside from the large size . Which can be a hassle to deal with at times. Buts it fun learning around these obstacles.

I've had this tablet for about year now and have only had to replace my charger once...kids...don’t ask. However if it wasn’t for slight miss of the eye...I’d probably still have it.the new one I bought is also a compatible one and not strictly from Apple, so that’s nice.

And well..that’s about it. Comment below if you have any further questions. I’m unsure if I’ll be upgrading any time soon. I hope I don’t but you never know. I’m always open and with technology growing at the rate that it does...I’m sure something else will be research worthy within months.

Anyway. Hope this helps your adventures . Thanks for reading.